French Drains as part of a Drainage System –

Many times people use the term ” French Drain” as general name for a Drain used in or around your home.  French Drains are designed to move a lot of water over a large flooded area.  They are also designed to take water in on the surface of the ground or below the surface of the ground.  This is very important if the water coming into the flooded area is moving through the ground or coming up from underneath.  ” Sub Surface Water Movement.”  The picture below is not a French Drain!

A French Drain can take in water in a broad area.  It can move a much larger volume of water compared to a Surface Drain.  Also, it can move sub surface water moving into the area where a Surface Drain won’t move any water at all.

Surface Drains are designed to move surface water only on a smaller scale in confined areas.

Each solves specific drainage problems.  A Drainage System may use one or both together or even several using many types of drains. 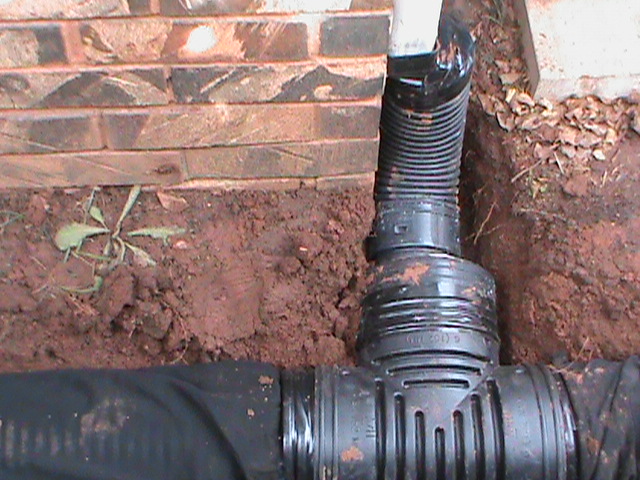